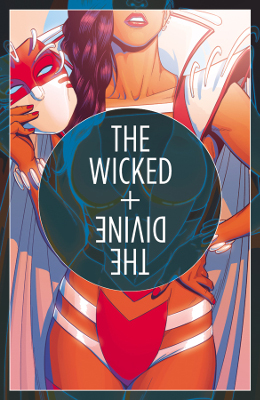 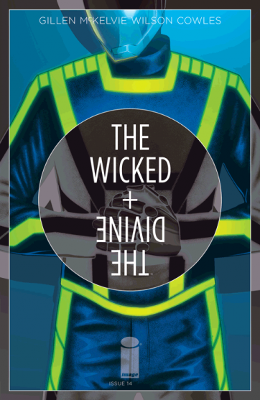 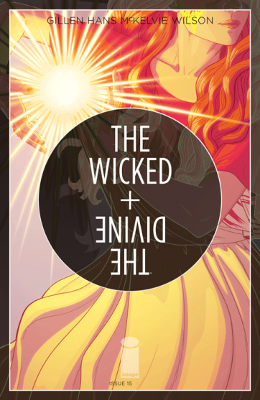 The Wicked + the Divine #13 by Kieron Gillen
Art: Tula Lotay and Jamie McKelvie

I know people including Gillen were worried about a guest artist turning people away from the book. However, Lotay was the perfect choice to draw the Tara issue. I really hope that the future artists on these character-focused pieces are just as amazing and right.

Though I do hope that these stories about different gods from their point-of-views don’t all end in their deaths.

Tara’s loathing of the attention and how her powers make an audience react was definitely an interesting study in fame and women as objects. They loved her with her powers, demanded to see them, and cursed and threatened when she took them away, either with her mask and old songs or by her death.

While Tara says not to hate Ananke, can’t help but wonder why she’s stayed on Earth all these years and the myth about stealing years.

I wish Tara had realized that she could be any Tara or all of them. Instead of a suicide by Ananke.

The Wicked + the Divine #14 by Kieron Gillen
Art: Jamie McKelvie

Woden is an evil asshole. Cassandra had that very much right. However, he also serves as Ananke’s achilles heel since his powers apparently tell him everything.

I was actually kind of surprised that we never saw Woden’s face. Of course, he may not be able to survive outside his helmet. And then also, McKelvie was reusing his art (and Chip Zdarsky’s), except for those very last pages.

The reveal that Ananke killed the judge to condemn Luci wasn’t surprising, especially given what we’ve seen in the last couple issues.

So the woman Woden’s talking to, she’s a secret god? Perhaps they’re conspiring together to take down Ananke. It could be Laura given Persephone’s mythos. He addresses Laura, but there aren’t really any actual scenes with her, since she’d know her own story. But that sounds like much too much hope for this verse.

The Wicked + the Divine #15 by Kieron Gillen
Art: Stephanie Hans and Jamie McKelvie

And here we have the story of Amaterasu, and also the story of why Amaterasu appears as a white woman instead of a Japanese woman. Not to mention, Urdr as a Japanese transgendered woman. Urdr calling them “the culturally appropriative Avengers” was definitely something this book needed to talk about.

This arc is called “Commercial Suicide” but it could also be named something like “Crafted by Society.”

I did appreciate Gillen taking the time to show Amaterasu as Hazel and as someone who takes the Shinto religion seriously. She appeared to practice it pre-godhood, and now she reads all the prayers written to her. Amaterasu even believes in some father deity that will help out those who call for her. She certainly doesn’t trust Ananke.

Cassandra being jealous over Beth being let in to continue her work was great. I equally enjoyed Amaterasu asking Minerva to use her wisdom — even if she’s a child — to find out the truth about Ananke and what’s been going on.

The fight at Hiroshima was pretty incredible. It showed the same loss of temper Amatersau had in her early pre-god years, especially when her religious beliefs were questioned. (Though Cassandra has much more of a right to do so than the random bully at school just being hurtful.) But it also showed that Urdr and the other Norns will protect themselves, but they’re not going into war.

Which may be the reason they weren’t there around Tara’s body when Ananke warned them of a (fake) demon.

Hans’ art was beautiful here. I always enjoy a book she pencils.