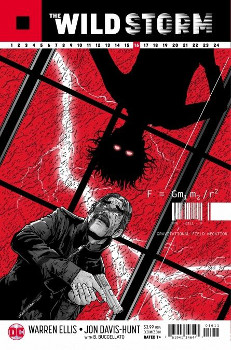 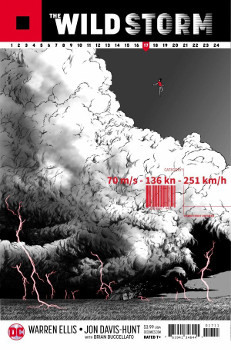 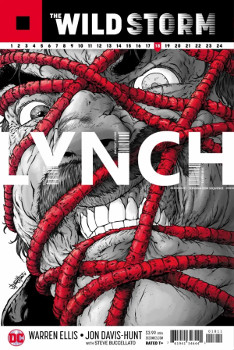 I’m kind of betting that John goes on a hunt for the children of the Thunderbook crew. All of them have told him exactly what happened to their children — or at least as much as they knew.

Gloria was probably favorite of all of them. I loved how her outfit even defied gravity. That’s the superpower I want. I can walk on the ceiling, but my clothing, hair, and everything else acts as if we are in alignment. Outside of his mask, I’ve always wondered why we didn’t see Peter Parker’s hair hanging upside-down more often.

Yay for Angie and Jenny meeting, and also yay for Jenny offering her help. Angie will probably want it sooner rather than later. The gang is getting back together. Or together for the very first time.

I want more of Jenny and Shen just sitting around and being girlfriends. They are my Netflix and chill.

Angie may be slowly discovering how her powers work, but she’s going to need to ramp it up. I like that she’s a 3-D printer too. It makes a lot of sense, except where she gets the mass to do it.

Midnighter and Apollo! Yay, I’m so glad they are finally here. I knew they were going to be in the book soon, and in fact, my upped dedication to reading this title was in part for them. I love how they just chase Marc off. That serial killing alien won’t get them tonight.

Angie’s conversation with the Daemons makes me more curious. Especially as they revealed to her that they were responsible for the creation of Jenny. Which we knew from issues earlier. It seems that no one is quite evil — except Bendix and Marc.

I cannot believe people who are hiding out would have the equivalent of an Alexa just sitting in their kitchen. It’s not like Marlow and Kenesha even censored their conversation with each other. Even after they acknowledged it as a voice-activated device!

It was pretty amusing how Angie just came out and said that she doesn’t get guns.

Stephen Rainmaker is definitely my new favorite Thunderbook victim. I like that he scares John, and that they have some kind of mutual respect for each other. Stephen also seems like the one least controlled by his powers — except in that he had a daughter — but he kept her around and is willing to take care of the other children. He also shared knowing that the kids would have the Thunderbook powers. The line about the children and their feelings of difference in comparison with how Native Americans are treated was haunting. Stephen was a little too mystical person of color, but he also understands the alien tech better than any of the other Thunderbook/IO people.

The scariest thing in all of comic books is Bendix smiling. It’s never a good day for everyone else when he has a grin on his face. Run the other way and hide.

I’m betting that Apollo and Midnighter are two subjects that ran away. That’s what they did previously after all.

Of course, Angie chooses the right side.

I’m glad the drunk Daemons told us all about the Khera and how they are fighting each other. There are the bad ones trying to turn Earth into a slave race, and there are Marlow and crew who don’t want that happen. Or Kenesha just wants all the weapons for herself. Normally, exposition bothers the crap out of me, but the drunk Daemons were hilarious and the sort of tonal humor that works in this book.

Jack was adorable when he found out that Jenny doesn’t believe in him.

Helspont is terrible, but I suppose that is the point of him. It’s always nice when the truly evil dudes are white men.

Jackie is right for yelling at Miles. He’s definitely going to get himself, or his husband, or both of them killed. Marc is coming after him, and Bendix also wants his head. No one at IO even knows what Thunderbook is.