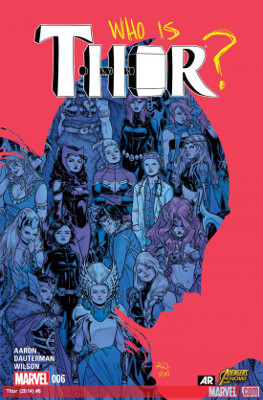 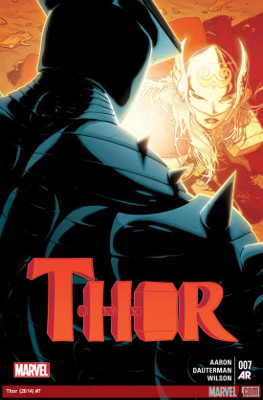 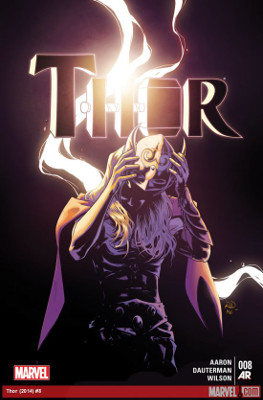 This issue makes it incredibly obvious that female Thor is Jane Foster. Sure, Odinson might be completely oblivious to this, but the slight of hand by Aaron isn’t that slight. Not to mention the clue that somehow Jane’s cancer is back with a vengeance.

Not sure what Jane’s referring to when she refused to use Asgardian healing for her injuries. Maybe she believes this will take away her ability to be Thor. It’s interesting to see this compared to the movies where their healing is considering just advanced technology.

Dario’s story of his childhood and his bargain to become a Minotaur wasn’t that compelling. Nor is the torture of the pirates who killed his family.

So much of this comic continues to be about Odinson despite the advertising that the title is about the female Thor.

I’m liking Roz Solomon as the one women in S.H.I.E.L.D. who’s taking names and destroying Roxxon. She also really doesn’t care who she’s killing in the process. There was definitely a human who ended up in that toxic waste mess.

That said, I’m rather waiting for this title to be pulled completely together. The various stories are getting too much. And I’m tired of evil elves with Malekith and even Darrio.

I don’t understand how Cul Borson is able to pick up Mjolnir, given that no one else could in issue #1. Though it’s exciting to see Odinson and the All-Mother bring an army of women to help Thor and get the evil uncle under control. (Also with a family like Odin’s, who needs any enemies?)

I thought Aaron’s dialog between the women warriors was pretty funny and entertaining. It added some needed humor to this book, which has rather been too serious. Except you know with Malekith and Darrio who are over-the-top.

Thor’s jealousy over Odinson and Roz’s relationship felt really hallow. Seriously, Thor has bigger things to worry about, like the impending wars in the Nine Realms and her cancer.

Seeing the All-Mother fight was pretty badass. I wanted a lot more it in future books. None of this standing behind Odin and staying out of the action.

Overall, I really wanted this book ending to be better. To not have to lead into some giant crossover. It took way too long to reveal to us readers that Thor is Jane Foster, and she hasn’t brought anyone in on her secret.

Go on Thor and her mission, buy Thor Volume 2: Who Holds the Hammer?.