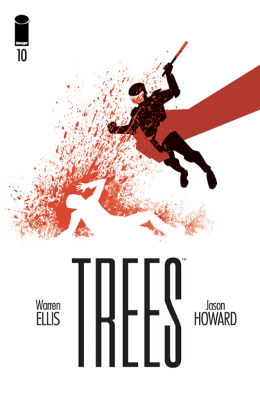 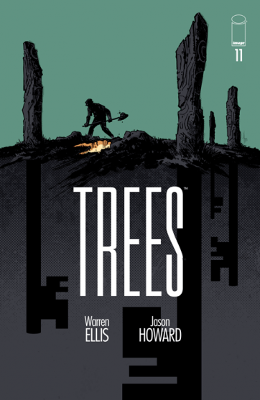 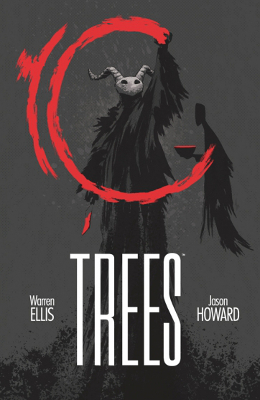 This book continues to be so harsh. I know it’s a critique on humanity, humanity slowly losing its mind because aliens landed 10 years ago and then didn’t do anything, but still. Every time I read it, harsh.

I don’t really get the evil Mayor. Except that he’s evil and wanted the police commissioner in his back-pocket. And a way to disgrace him if at all possible. The Mayor’s just too twirly moustache evil for me, especially when it comes to politics. While Ellis has written a lot about the effects of corrupt politics on people, writing the politicians themselves has never been a strong suit. Perhaps because he sees them as too evil and too malicious. (Of which, I can’t fault him that much.)

Noah Flett is over-the-top. Far too over-the-top, and I’m sure Ellis based him on some Scotsman he knows. But Noah and the sheep serve as a harsh contrast to the bomb that went off as Jo got her last coffee in London. Coffee with 90 proof in it. What?! I suppose at least she’s mixing it with something.

This issue made me want to talk to other people about it, except I couldn’t find many reviews of. Or anything that covered WTF, Scottish tree.

Obviously, we’ve learned quite a bit from Dr. Greenaway about how he believes the trees have been there before, in the form of those stones we don’t know anything about. Which may mean there’s not a larger purpose than observation. Except you know, one of those trees just blew up when Jo was near it.

The Mayor’s revenge against the NYPD seems a little short-sighted. But it’s a nice contrast given the current climate about policing and the NYPD. And that art showing how the bullet hole and the tree ring look the same was killer. Great job, Howard.

The Mayor upped the ammunition about his revenge against the NYPD. He’s definitely going to get his way. What a telling threat to kill a pigeon. That’s his message.

The Blindhail poppies are back. I bet Jo is going to have a panic attack soon. Especially when she finds out that information about the poppies is being suppressed and hidden. Even from scientists who are working with her and supposed to be on the lookout for them. Or Jo assumes that’s their main function.

I do love Jo’s robots.

Noah continues to be a ridiculous character. This time he’s being super sexist and Jo’s about ready to kill him a lot. And it’s not because of what he doesn’t know. Who knows about this Fergus guy.