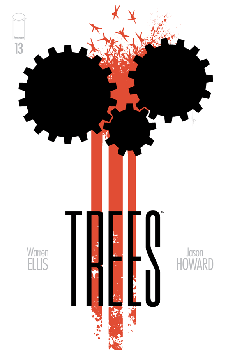 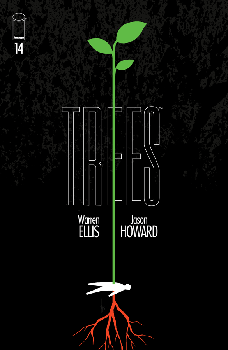 I loved the fake out. We think the poppies are in England. But I love most of all Jo yelling at them — at Fergus — for being so stupid to not recognize a pansy when you see one. I one hundred percent agree with her that if the entire world knew really what happened there would be panic attacks and bad reactions to any black flowers. Jo is right to be more scared of humanity than the aliens.

I do like Fergus’ theory about all the trees being on centers of ancient civilizations. It makes sense given how they are placed around the world in seemingly random locations. But I also like Jo’s idea about them being data collection centers and the poppies as transmission devices. Rather destructive ones at that.

Oh, New York City, you are in trouble. I think Jo’s words were omens to what will happen. You know, after the Mayor kills all of the NYPD.

Not more poppies! How do those things even grow in NYC? I mean, I guess we really don’t know what they’re all about yet. Much. Except transmissions and explosions and possibly make you go nuts. Jo is going to destroy them all with creepy ass drones watching her at all times. Drones are the one of the worst parts of our already here future.

I wasn’t as big of a fan of this issue because it was mostly the battle of the Mayor and the NYPD. This story has been the one I’ve least connected with. It’s the one I’ve spend the least amount of time considering or caring about the characters. They’re rather all terrible people.

I’m not sure this is a great issue to end the second arc on. For a book I’ve loved, this didn’t ring strong for me.