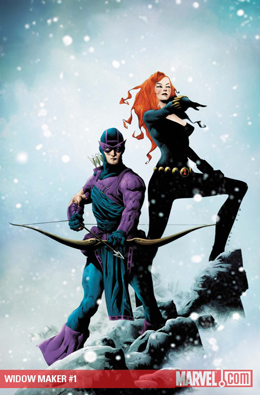 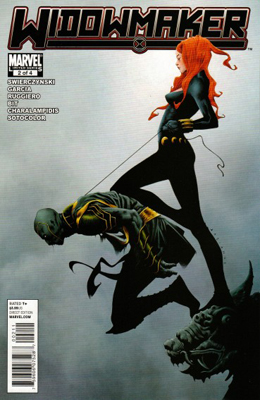 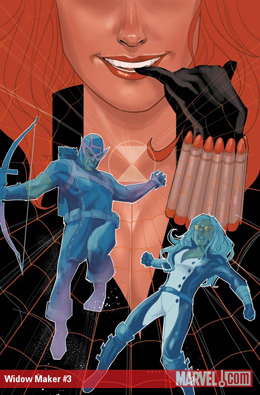 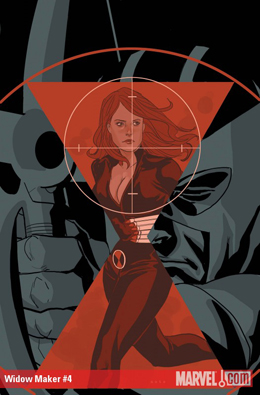 I’m not sure this issue was as kick-ass an opener as it should’ve been. Maybe I’m still burnt by the canceling of Hawkeye & Mockingbird or the rapid decline and cancellation of Black Widow after the change in creative team, and how this miniseries is trying to wrap those story lines up. And I’m not so sure what marketing purpose Marvel is trying to do here by re-numbering and putting this in a miniseries. I’m just not sure how much a new reader would really get out of this series or how much they could follow along.

If this entire thing centers around the killing of spies (Bobbi and Natasha) and how much shit Clint is in for being Ronin and not knowing his history, then where is that new reader appeal? I think you have to know Natasha’s history and how she went back and forth from Soviet to American loyalties. And how Clint is married, but currently on the rocks with Bobbi and used to date Natasha. Not to mention the whole Ronin thing. I mean, I didn’t even know a character named Ronin existed until Clint came back in the New Avengers. (Of course, then it was Maya Lopez (Echo) being Ronin anyway.)

Then you have the whole WWII connection. Again, you have to know your history. I really think it would’ve been a better decision to keep this crossover in the two books, like they originally planned, rather than in this miniseries. And this isn’t to say this story doesn’t have potential to be a very good one. It’s just hard to argue for commercial viability.

Overall, I felt the pacing was a little off on this issue. I didn’t care as much as I should. Especially considering that I am the audience for this book. I love these characters and have read almost every series they’ve been in since Avengers: Dissembled.

The only part I really loved was the battle on the snowmobiles with Dominic, Mockingbird, and Clint. It was rather awesome.

The only thing I really hated was Fantasma’s uniform. How does her va-jay-jay not freeze in the Russia’s winter? Is that her true superpower?

So I read this issue twice as I didn’t remember reading it the first time. That’s bad, right? I know I read it with a month’s time passing, but something should’ve stuck out. I feel like at the end of the day, I’m just not a fan of Swierczynski’s writing and Garcia’s art. Maybe the combo as I didn’t mind Swierczynski on Iron Fist.

Of course, Dominic and Mockingbird were separated from Natasha and Clint. Yeah, I get that Bobbi and Clint’s marriage is on the rocks or they’re separated. Whatever.

Obviously, no one really believes that Clint was evil Ronin running the Japanese assassin group.

I really enjoyed that the story seemed to pick up and have some fun again.

I loved Clint and Natasha in the brothel and school for girl ninjas. The battle itself was over-the-top and silly. I loved Madame and her eye-patch. It really fit with the Kill Bill theme.

Bobbi and Clint making up was really cute, and nicely contrasted with Natasha discovering that her ex-husband Alexi Shostakov is the one pretending to be Ronin. I do think that I would’ve rather had someone who’s actually Japanese pretending to be the ninja warrior. But I guess that villains are evil, and thus, we can add cultural appropriation to their list of evils.

And of course, there’s an exploding volcano.

I do feel like the major issue with Widowmaker is the disconnect between the two types of stories that McCann and Swierczynski are telling. McCann seems to be telling an over-the-top Kill Bill kind of narrative compared to Swierczynski wanting a Red October tale.

I do think that this is the best issue that Swierczynski has written for this miniseries. However, I still think that he and McCann have been telling two different stories. This was truly a tale about Black Widow, not the entire team.

Sure, at the end, we still see Clint and Bobbi make up, and we also see Dominic rather relinquish his crush on Bobbi. Or at least, his active pursuit of her.

But this last issue is really about Natasha and taking down Alexi.

The volcano didn’t really seem as scary as everything else. And the ending felt rather anti-climatic.