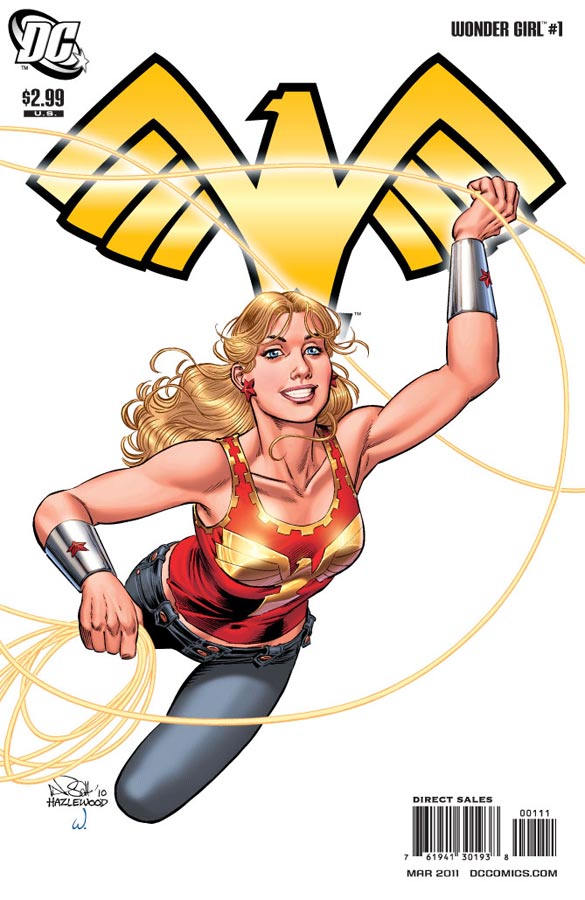 I don’t think that Melo is a good artist choice for a book about a woman who’s under 25-years-old. Yes, Cassie’s not a child, but Melo just doesn’t draw her like a young woman. The art left me more cold to the book than it should’ve.

The story itself was only okay. I can understand why Helena Sandsmark is not thrilled that her daughter is a superhero. And I know that Zeus is infamous in legend for disguising his true nature in order to get laid and produce offspring, but Helena does have some blame in Cassie having powers. While Cassie does choose to use her powers and be a hero, she does not have a choice in her genetics.

Yeah, not all mothers and daughters get along, but I couldn’t help but feel that Cassie and Helena’s relationship strain was a little exaggerated. As was Cassie acting like a young child with ADHD during the boring lecture. Usually, by Cassie’s age, you learn to sit and deal without having to split from the room. It made her seem a lot younger than she is supposed to be, and that coupled with Melo’s older looking pencils really threw me off.

I did love Cassie making friends with Solstice, and how they totally know each other’s secret identities, but don’t address it. I thought it was a nice understanding between them. Their fight with Lady Zand and her eventual escape was pretty dull as far as comic book fights go. I felt the scene could’ve used a little more compare and contrast in Wonder Girl’s and Solstice’s fighting styles.

I thought the very last panel in the book was great. It was both the art and the tone that I was looking for in this. I just wished there would’ve been more of it in the story.