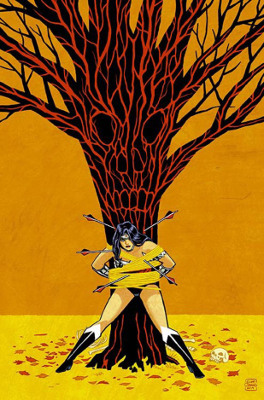 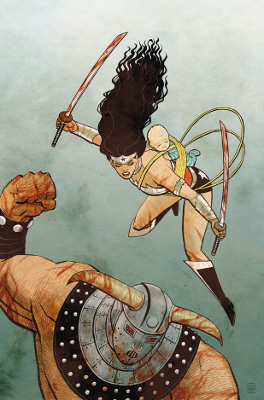 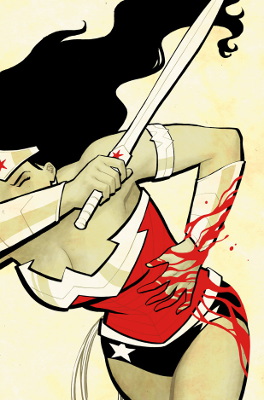 I’m still not loving the gross gore for the sake of gross gore. Now we have Cassandra feeding a Zeus, in hell, who can’t actually eat, and he’s being fed Apollo parts. It’s just excessive for being edgy and gross.

Not sure what plot was served by Dessa attempting to kill herself over Diana changing the rules about allow men on the island. Like her sisters would’ve let her die.

I don’t know why Dio thought he could take on the First Born’s crew after they “killed” Hades and took over hell. Poseidon should be worried. However, I’m hoping that Wonder Woman comes up with a better solution than to kill and be a war god. That would be a nice change of pace. Or if we found out that everything was lie and Hippolyta was restored to life.

You know, I can dream.

This story is written as if none of these characters have ever gone to war before. Okay, Diana, our title character hasn’t, especially in her new role. But seriously, these Olympian gods have waged war before. Only Hephaestus seems to have any idea of what’s up, and he’s all “oh, no, inviting men back to Paradise Island, even though I totally raked Diana over the coals about her brothers I’m keeping as my servants…”

Not sure why Cassandra can beat the crap out of Hermes? Or that the minotaur guy can’t be defeated by four gods: Demeter, Eros, Artemis, and Hermes. I don’t get it. And I don’t for a second believe that Demeter could be so easily killed/turned, feels like Azzarello is devaluing the feminine again. (I think that would be my thesis for this entire run of Wonder Woman: devaluing the feminine.)

Wonder Woman stands alone. Like the cheese against the First Born. This isn’t really war, but one-to-one combat. Which granted, works probably better than a whole army dying… However… Also wouldn’t Superman be like “hey, babe, let me help you destroy your half bro.” I should definitely write Superman…not.

So I’m still guessing that baby Zeke is actually Zeus. And apparently, with some power to restore Hippolyta as a statue or something.

Unsurprised to see Orion die. With Azzarello’s run ending on the book, some authors like to kill their characters so they aren’t used again.

Wonder Woman bleeding out and dying is just silly. Also, we already had one character who wanted to marry Diana (Hades), and she worked against that too. Not a fan of that one, and not a fan of Azzarello’s First Born deciding to do something similar with Diana. Of course, she was always going to say no.

and crunch on some Apollo.