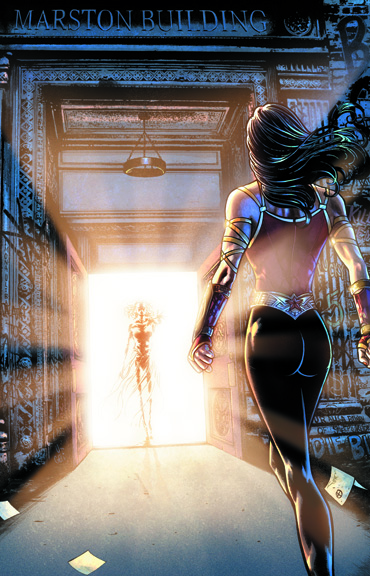 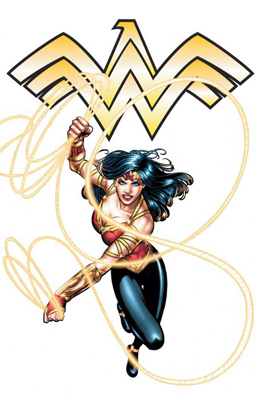 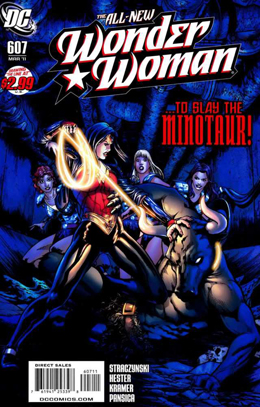 The storyline feels increasingly schizophrenic between the multiple writers as JMS bows out and the multiple pencilers. As a reader and Wonder Woman fan, I’m having a hard enough time trying to adjust to the new universe and get into the story that switching the tones and the art take me out of the story even more.

What I loved most about this comic book was getting back to Diana’s origins of helping women and children. I love that she sneaks out and pawns the Amazon gold in order to help a woman and her child who are in need. Because Wonder Woman is that symbol of hope. She cares about defending those who need her assistance. I’m really hoping this particularly plotline is Hester’s influence, and this is where he’ll be taking the title.

The whole Amazons living in a mansion and monitoring Diana felt really off in tone compared to the earlier set-up in the universe. This home for Diana felt wrong and off. Maybe it was that she seemed to be more of a ward at a girls’ boarding school than the community spirit of other versions of the Amazons raising her that I’ve read.

As far as the main question of how did this universe come to be plot? It wavers in interest for me, and now, it’s pretty clear that it’s a spell.

This issue was just confusing. I mean, there’s a difference between creating a mystery and then being so vague about the whole thing, even after you’ve introduced the villains, that your readers as still confused. I know they’re trying to hit on classic Wonder Woman Greek mythology and heroes/villains, but even as a Wonder Woman fan, I’m confused. Reading this issue made me long to go read the Golden Age — as it’s been forever since I did a Wonder Woman Wednesday post — just to read a story that was fully realized. (Granted, the Golden Age tends to go the other way with over explanation.)

But I still feel like there are too many villains in this, and then the Morrigan sisters bring to life more of them. Sigh.

Wonder Woman killing the Huntsman seemed a little too gory. She’s usually a character with a focus on mercy and reform, not murder. And it felt off to me, even in this brave new world.

Also I was really confused at the beginning as in the last issue, it looked like the Huntsman shot Wonder Woman in the chest, but then it was her arm/shoulder in this one. And why isn’t she using her flying powers more than to just jump rooftop to rooftop?

The opening scene were Wonder Woman tears up the reanimated dead bones that have come back alive reminds me a lot of the second season opener of Buffy: the Vampire Slayer where Buffy bashes the Masters’ bones. Or as Xander so succinctly says about that, “We could grind our enemies into talcum powder with a sledgehammer, but, gosh, we did that last night.” Also, this was a hugely obvious anvil to how this issue was going to be about Wonder Woman’s rage, especially at her sisters being killed.

But really, really do we need to kill off that many Amazons? Does Wonder Woman really need to be sister-less, family-less? What is this the Comics Code? (I’m glad Galenthias is still alive, and not just because she’s in the form of a cat and I like cats.)

I thought the Minotaur hanging himself with the lasso of truth was really interesting. A really good twist on some of things we’ve seen other authors, like Gail Simone, do with the lasso.

Did we really need to see Cheetah ripping that Amazon gal open?