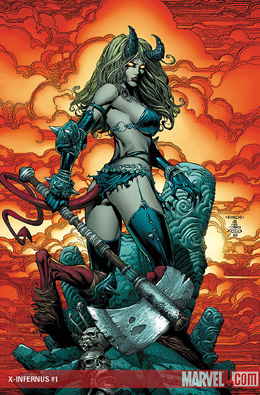 Little Illyana Rasputin is all grown up. Into a demon.

Like every young women from the Claremont era, Illyana is both sweet and has lots of tragedy in her past, which includes lots of kidnapping by villains and learning how to use a sword. Plus, she died of the Legacy Virus (the mutant version of AIDS). Then “resurrected” without a soul, post-House of M.

It’s always a world of retcons and checking out missing backstory on Wikipedia.

However, I think I have an idea for next year’s Halloween: Illyana Rasputin. 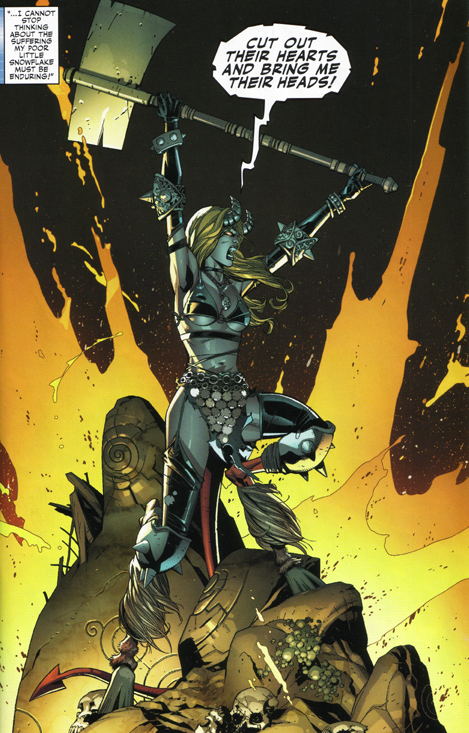 Okay, I know, she needs a bigger bra. It’s a little too half-naked, barbarian hellwoman. But in the same ways it’s too sexy, it’s also scary. I think it’s the hooves and the horns that make it more than just a sexy demon chick in the latest issue of Tarot.

Mostly, I picked this issue up as it highly features Pixie. The short backstory being the Illyana stole part of her soul to make another soul sword. This was stopped halfway through and Pixie only has a small hole and a dagger.

I really liked how this comic used Nightcrawler’s religious training and background in his counseling of Pixie. It’s nice to see that Cebulski understands the difference between preaching and counseling.

Of course, what no one knows is that Illyana’s soul sword was hidden in Nightcrawler’s body by his adopted sister/ex-girlfriend. However, when emotional, Pixie’s dagger senses it and she stabs Nightcrawler. The soul sword appears, only to Illyana transport seconds later and steal it from Pixie. 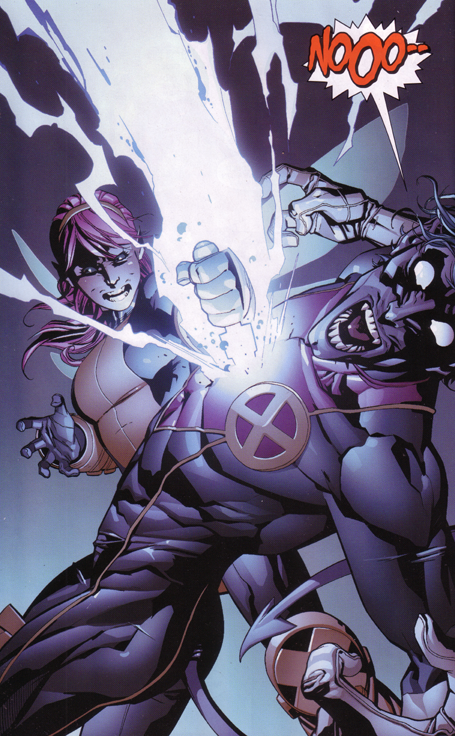 I’m rather enjoying this upscaling of violence in Pixie’s storyline.

Adventure to the underworld with the X-Men, buy X-Infernus by C.B. Cebulski