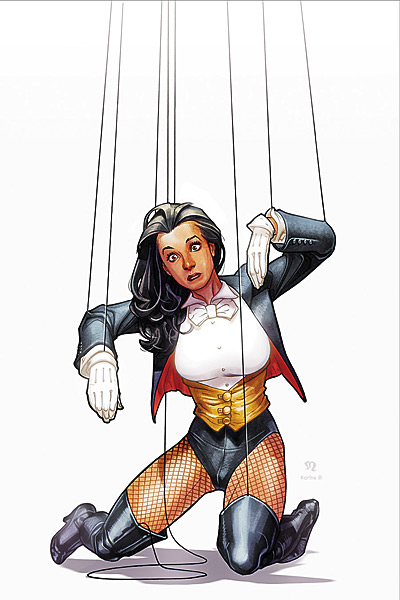 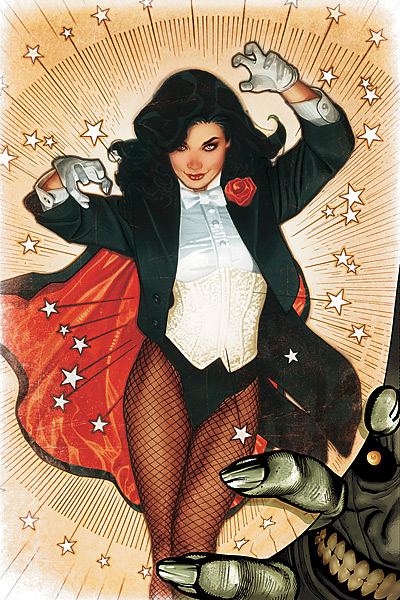 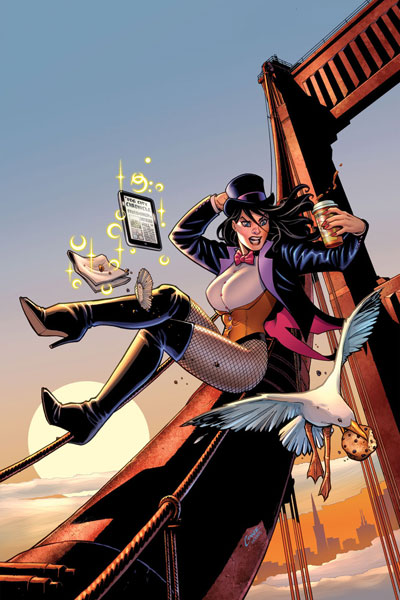 Blah. How obvious and unoriginal is this plot? Of course, Oscar turns out to be really a killer and really evil. No surprise there. I feel like a more fulfilling storyline would’ve been John being wrong about his judgements. But no, John Zatara could never be wrong. Then there would have to be more depth to the story.

Instead, we get magical puppet battles in the special addition to the Zatara mansion. *yawn* And even more gross, Zatanna has been turned into a puppet servant for Oscar.

The only redemption for this issue was Chang’s art. It continues to make me very happy. He conveys the right amount of creepy — especially with puppet!Zatanna — without going overboard or inappropriate.

I’m really glad that this story is done. Not only am I about as big of a fan of puppets as Zatanna, but I felt like it dragged on at least one or two issues too long. It could’ve been a two-parter and left at that.

The one entire redeeming factor was Mickey. I loved that Mickey came to rescue Zatanna and noticed that she was gone. Mickey’s really awesome; though she did remind me a little too much of Zinda Blake. (Not that Zinda’s a bad role model to have, just that not all brawny, sassy blondes act the same way.)

I’m not sure how I feel about Brother Night being back on the scene. But I do continue to love Dr. Bodie.

Wow, when Zatanna was in her street clothes going about her business in San Fransisco, she looked so much like Francine from Strangers in Paradise. But, Roux, those were some ugly clothes. As much as I’m glad that she wasn’t in skintight clothing, they just weren’t very stylish.

What brought down the plot of this comic for me was that Backslash never found the person who he was looking for and we never found out why he was seeking that person. Zatanna just defeats him, takes his magic time-rewinding sword away, and frees Hannah. Maybe we’ll figure out what’s going on down the road, but somehow this felt like a filler compared to a thread in a larger story plot.

Even as a one-shot, monster-of-the-week character, Backslash’s lack of motivation and explanation just left me cold. Even though I liked Hannah, the sassy fairy, and how she helped out Zatanna.

I did think the use of palindromes was clevar storytelling for a character who casts spells using words. I loved the first scene with Zatanna and Mickey practicing with flashcards. And the thought of Zatanna’s life being like a constant SAT prep.

Buy Zatanna Vol. 2: Shades of the Past

to read these stories.